Morro Bay Hotels on the Embarcadero 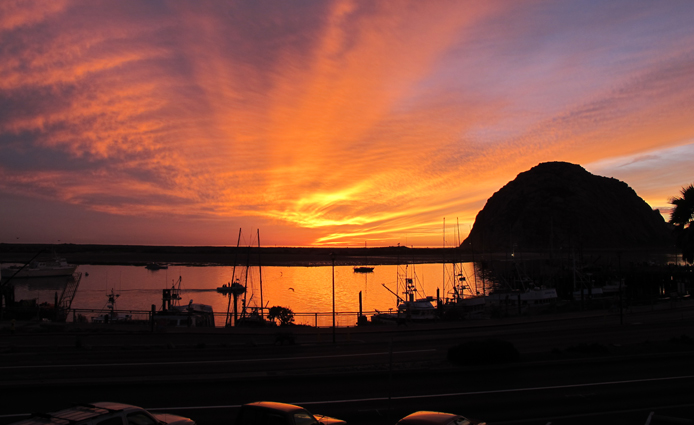 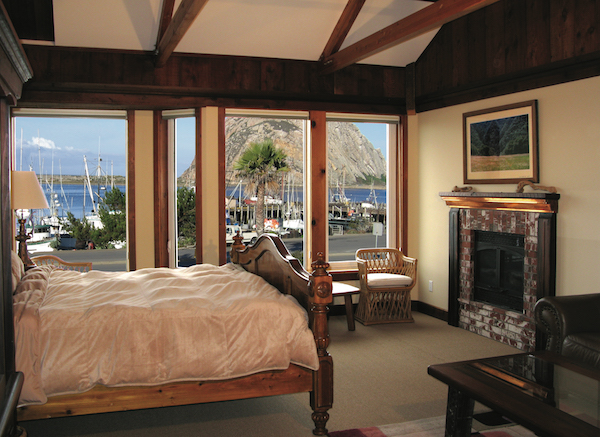 Waterfront hotels in Morro Bay are not all the same! The Front Street Inn & Spa has just two rooms that were built with great love and intention. The rooms both have amazing views of the waterfront and the Embarcadero. Being centrally located, it’s easy to walk anywhere on the waterfront. Its a perfect walk along the waterfront to Morro Rock, and to all of the shops and restaurants that make the Morro Bay waterfront so special.

are certainly not all alike. The Front Street Inn & Spa boasts two deluxe bay front suites upstairs. Spa services on site. Delightful French bakery on the ground floor. Amazing ocean views and bay views and rock views and harbor views from all of our rooms. Park your car and explore the Embarcadero. You’re already here!

The Front Street Inn was finished in 2004 by master carpenter Tom Laurie. When the sunset dips into a palate of crimson and grey and the big bay windows become part time mirrors and the little gas fireplace flirts behind its glass, Laurie’s redwood and his hand-wraught furniture amplify the experience of romance and reflection. In the morning the sun rises behind us and lights up Morro Rock and the raft of fishing boats tied up at the commercial docks across the street.

Pelicans, gulls and harbor seals romp in the bay, charging and dividing balls of visiting bait. A parade of couples and individuals begin their bayside walks, and the aroma of fresh french bread and coffee seeps through the cracks from the French bakery below. Many mornings at the Front Street Inn, it’s just hard to get going beyond the chairs in front of the windows.